August 13, 2022
0 comment
0
FacebookTwitterPinterestWhatsapp
Print 🖨
The Bangladesh government has made a list of ten people who have returned from enforced disappearance, and Deepto TV will interview them who will say that they disappeared voluntarily and speak on behalf of the government. Their faces may not be shown on TV, but their voices will be heard.
The interview will be listened to and submitted to the visiting UN High Commissioner for Human Rights, Michele Bachlete. Sources said they prepared a documentary for this purpose, which will be given to the UN team as per plan. This video was produced by Police Headquarters Assistant Inspector General (AIG) Media and Publicity Md. Kamruzzaman.
It is to be noted that Michelle Bachelet is going to visit Bangladesh from August 14 to August 18 to hear the government’s statement on the enforced disappearance of 76 people, extrajudicial executions, and gross infringement of human rights under the supervision of Sheikh Hasina government and it’s security forces. According to sources, these 10 people who were forcibly disappeared but later released after mass pressure are now being managed under threats of intimidation and torture.
The authoritarian government orchestrated drama will be brought before Michelle Bechlet on the appointed day (list attached). They will each give a learned deposition saying they will apologize to the state for voluntarily hiding and blame the government. They will be managed to declared and the statement will be widely broadcast that, “They (10 person) themselves were hiding to tarnish the image of the government at the instigation of BNP Jamaat leaders”!
The responsibility for organizing the drama has been given to the Nightly elected government’s Minister of State for Foreign Affairs Shahriar Alam; member of Parliamrent Kazi Nabeel Ahmed, and the US-sanctioned IGP Benazir Ahmed. They arranged this drama with the production of AIG Kazruzzaman.
According to the sources, Shahriar Alam is coordinating all the work with the help of intelligence agencies, including managing journalists, bringing people to be interviewed and giving them false, fabricated, and practiced interviews; training them; supplying special dresses; and making audio and videos. Kazi Nabeel Deepta TV of the Kazi Shahed Ahmad family is in charge of airing the drama.
It may be mentioned that Kazi Jahedul Hasan Managing Director of Deepto TV was granted rtra ordinary bail in the ICT case last month. He was granted bail after a review petition who was send to jail in the case of Sanowara Poultry and Hatchery Limited of 2016 under the Information and Communication Technology Act.
Jahedul was so blessed person who were granted bail by a review petition, while respected senior citizens of the country do not get similar bail. Meanwhile, a statement was published on Human Rights Watch’s own website on Wednesday regarding the UN Human Rights Commission’s chief Michelle Bachelet, who should publicly call Bangladeshi government for an end to all serious torture, including extrajudicial killings and enforced disappearances in the country during the visit of the Human Rights Commissioner.
In addition, nine international human rights organizations have urged the human rights commissioner to pressure the government to improve the human rights situation in Bangladesh during her visit. Human rights organizations are afraid that if HRC does not condemn the torture or call for reform during this visit, the ruling Awami League may abuse her silence to legitimize its own persecution and suppression of activists, the organizations said in a statement.
You Might Also Like

Begum Zia: The Forerunner of the Padma Bridge 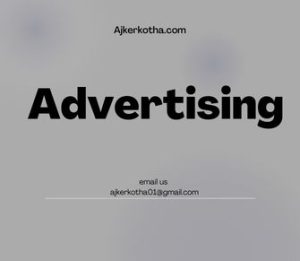